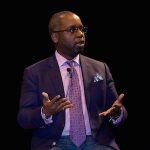 Erickson “EB” Blakney joined the Pinkerton Foundation following a career as an award-winning writer and reporter having worked for WOR Radio, Bloomberg and CBS News. His articles have appeared in newspapers including the Boston Globe and Clarion-Ledger. His Pinkerton portfolio includes college access and success programs, internships at cultural institutions, writing and journalism programs. A Hobart College graduate, EB is a board member of the DreamYard Project, an arts and social justice organization in the Bronx.  He plays a similar role on the boards of The Center for Rural Strategies in Whitesburg, KY and The Clarksdale Animal Rescue Effort and Shelter (C.A.R.E.S), a no-kill rescue, adoption and educational organization in the Mississippi Delta. 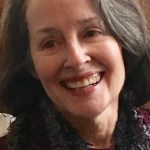 Lee Quinby, founder of Lucky Find Productions, and co-founder with Erickson Blakney of the True Delta Project, is an award-winning filmmaker and American Studies scholar. She has written and edited seven books on issues surrounding apocalyptic belief and sexuality and gender in American culture. She received her Ph.D. from Purdue University in 1984, taught at Hobart and William Smith Colleges for 23 years, held the Gannett Chair on the Millennium at the Rochester Institute of Technology, the inaugural Zicklin Chair at Brooklyn Colleges and for six years was Distinguished Lecturer at Macaulay Honors College, CUNY until her retirement from teaching in 2014. As film producer, writer and director, she specializes in human interest stories that entertain as they educate.

Michael Scanlan is a New York/New Jersey based photographer.  He has served a wide range of private and commercial clients.  His work has appeared in the Newark Star Ledger as well as numerous non-profit publications in the New York Metropolitan Area.  Non-profit clients have included St. Benedict’s Preparatory School, Newark, NJ; YWCA of New York, New York, NY; South Orange Performing Arts Center, South Orange, NJ. Michael is graduate of Georgetown University. Although primarily self-taught, he has studied at the School of Visual Arts in New York and the Maine Photographic Workshops. After a ten-year career with MBNA America Bank, Michael joined St. Benedict’s Preparatory School in Newark, New Jersey where he currently serves as Assistant Headmaster.  The school has a national reputation for its service to a primarily inner city population. Its students obtain admission to the most competitive colleges and universities.

To see more of his work, visit his portfolio website.

Daniel Cowen is an award-winning filmmaker and Director of Photography. He is also founder of CUFF, the City University Film Festival. Daniel has worked as a DP on commercial projects in Germany, Greece, Switzerland, Israel and Portugal. His work has screened at numerous festivals and on PBS. Clients include: PBS / 30 Rock / Makeup Forever / Fashion GPS / NOAA / Director Peter Riegert / The Metropolitan Opera / The New York Youth Symphony / The Knights / American Museum of Folk Art. Please check out Daniel’s show reel.

Daniel “Danny Boy” Scarpati works in the film, television and media production industry in New York City. In 2015, he graduated from CUNY Macaulay Honors College as a Rudin Scholar for his artistic achievements in his double major of Film Production and TV/Radio. Daniel has always worn many hats: he began studying broadcasting and hosted a public television show in middle school, performed in musicals such as Sweeney Todd and The Phantom of the Opera in high school, worked as a videographer for DeLorean Motor Company in Texas and The True Delta Project in Mississippi during college, and now functions as a production and producer’s assistant on television shows and commercials (Martha Stewart Living, Louis CK’s Horace and Pete, NBC’s The Blacklist). Daniel hopes to grow in his craft of producing entertaining, educational content while traveling to new places away and abroad. To see some of his work, visit his website.

Lindsey Freer is an educational technologist and part-time web developer, currently based in Western Massachusetts.