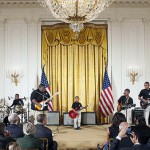 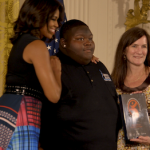 “From the Crossroads to the White House” is a delightful and touching look at the work and music of the award-winning Delta Blues Museum Band, and follows several members as they journey from Clarksdale to the nation’s capital to capture a top award. The film is one in a series of documentaries about the legacy of the Delta blues from Lee Quinby and Erickson Blakney of the True Delta Project. The DBM’s Arts and Education program, which grew out of another started by the late Johnnie “Mister Johnnie” Billington, continues to provide blues musicians for Clarksdale’s dynamic live music scene and the world. 26 minutes.

This film was made possible by a grant from the William J. Shaw Family Foundation Inc. It first aired on Mississippi Public Broadcasting.

From The Crossroads To The White House (2014)